Useful Prepositions in English Grammar for competitive exams. A complete List of Prepositional phrases which are commonly used by every one in English Language.

In this tutorial we will discuss about use of prepositions in the various sentence. Watch the VIDEO carefully as well as read the complete article to understand the concepts.

What is Prepositional Phrases: “A preposition is the kind of word that introduces the so-called invariable prepositional phrase. Prepositions usually have the function of introducing attachments, and sometimes ligand binding complements the name or noun phrase that immediately precedes a verb or other names as above. In some languages, prepositions cannot head a prepositional phrase, as in English where they can even appear at the end of the sentence.
Traditionally, grammar has been defined as the invariable part of speech that connects words denoting the relationship they have with each other.

The use of these prepositions with expressions of place has many layers. Then we will indicate its main uses, although the best way to master its use is undoubtedly through practice.

Use of Prepositions “IN”
a) Within a confined space:
in the bedroom / in my office / in your pocket / in hospital / in prison / in bed.
in the front / in the back of a car (but, at the front / at the back of a cinema, of a building).
Or
within an object:
In That book / in the water

b) In an open (sites with certain defined limits):
in the park / in the street / in the garden / in the queue

c) In countries and cities:
in Spain / in Madrid / in my country / in this town

b) In the expressions:
on the left / right on the

Use of Preposition “AT”
a) Location specific:
at the door / at the window / at the Traffic light / at the top of the page / at the bridge

b) In the expressions:
at home / at school / at work / at the office / at the bus stop / at the airport / at someone's house

c) In events:
at the party / at the meeting / conference at the

d) You can also use buildings, with a different meaning of "in":
at the museum
in the museum

e) "At" is used when you mentioned where there was an event:
This morning I visited the painting exposition at the National Museum
Yesterday We Had dinner at the new Chinese restaurant

In many cases the same noun can use different prepositions although the meaning changes. FOR EXAMPLE:
in the car
on the car
at the car 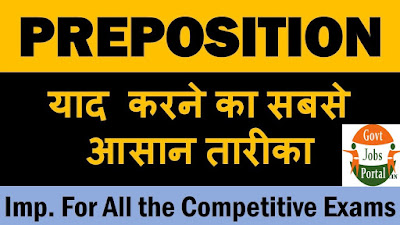 Differences
a) Above / Over
Both prepositions meaning "above" and in this sense can be used interchangeably.
The birds fly above / over the fishing boat
However the preposition "over" has other meaning:
1. -Across:
He lives over the forest
2 .- On the one hand to another:
There is a bridge over the railway
3 .- Covering:
I put a blanket over historical are

b) Below / Under
Both mean "below" and in this sense can be used interchangeably in many cases.
The cat sleeps Below / under my bed
However, if there is physical contact should be used "under" as "below" means that there is a space between elements
I put the letter under the book
The plane flys below-the-cloud

When used with objects the difference is not as clear, although in some situations tend to use more than one particular. Some examples:
Two houses down the street, facing each other: "Opposite"
My brother lives Opposite me
A dish on the table in front of a diner: "in front of"
My mother put the plate in front of me

Generally, they are placed before the noun or pronoun, except in the following cases:
a.) With the relative pronoun, when followed by a preposition, it can be placed in final position.
"The girls I study with"
b.) In interrogative sentences when they start a interrogative pronoun:
"Who Were You speaking to?" (Instead of"To whom were you speaking?")

That’s all about the use of Preposition and various useful prepositions. In future we will share more article and video like this to improve your English Grammar.