New Delhi, August 30, 2018: Scheduled Caste and Scheduled Tribe candidates from one state can’t claim benefit of reservation in government jobs in other states. A five-judge Constitution Bench headed by Justice Ranjan Gogoi held that a person belonging to SC/ST in one state could not be deemed to be an SC/ST in another state where he might have migrated for employment or education. The Bench said the following statement, “If a person notified as a SC candidate in the state A than he cannot claim the same status in another state on the basis that he is declared as SC in state A.” 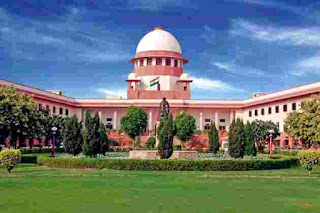 The Bench said another statement related to this context which is as follow, “If in the opinion of a state it is necessary to extend the benefit of reservation to a class/category of SC/ST beyond those specified in the lists for that particular state, constitutional discipline would require the state to make its views in the matter prevail with the central authority so as to enable an appropriate parliamentary exercise to be made by an amendment of the Lists of SC/ST for that particular state”.

“Unilateral action by states on the touchstone of Article 16(4) of the Constitution could be a possible trigger point of constitutional anarchy and, therefore, must be held to be impermissible under the Constitution,” the top court said. Another issue before the Bench was whether SC/ST candidates of other states could seek quota in government jobs in Delhi.

With a majority of 4:1, the Bench held that so far as Delhi is concerned, the central reservation policy regarding SC/ST would be applicable here. It ruled that Pan India Reservation Rule in force in National Capital Territory of Delhi was in accordance with the constitutional scheme relating to services under the Union and the States/UTs. Justice Banumathi, however, delivered a dissenting verdict on central reservation policy in Delhi.