Noting that women officers can sail with the same efficiency as male counterparts, the Supreme Court today held officers of both genders had to be treated equally in granting permanent commission in the Navy.

There couldn’t be gender discrimination in granting permanent commission to Short Service Commission (SSC) women officers citing psychological conditions, once the statutory bar for inducting women in the Navy had been lifted, a Bench headed by Justice DY Chandrachud said. The order came a month after the top court ordered the government to consider granting permanent commission (PC) to all women officers in the Army.

It today said once the statutory bar was lifted and entry of women officers was allowed in the Navy, male and female officers had to be treated equally in grant of permanent commission.

“All SSC officers in the education, law and logistics cadres who are presently in service shall be considered for the grant of PCs,” it said.

“SSC officers who are found suitable for the grant of PC shall be entitled to all consequential benefits, including arrears of pay, promotions and retirement benefits as and when due,” the Bench said.

“As a one-time measure, all SSC women officers before the High Court and the AFT who are not granted PCs shall be deemed to have completed substantive qualifying service for the grant of pension and shall be entitled to all consequential benefits,” it said. 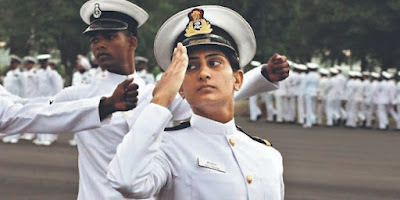 LEVEL PLAYING FIELD MUST
101 excuses are no answer to constitutional entitlement to dignity which attaches to every individual, irrespective of gender, to fair and equal conditions of work and to a level playing field. Said By SC Bench.

■ But the benefit was denied to serving officers. The SC has now quashed provisions of 2008 norms